An Arizona Native, Travis has been screen printing since he was a young lad. Fresh out of high school Travis and Mike started their first screen printing company right out of the old garage printing lot’s of stuff for 90’s punk bands. Oddly enough his favorite band in the world is Milli Vanilli. He loves to lip sync to all their hits, I mean their one hit, Blame it on Travis. Originally from the good old state of South Dakota. Mike has also been in the screen printing world for many years. Playing rock music is his second passion. So if he’s not playing in front of millions of people you might actually be able to have a word with him. He is also hooking up with Travis’s sister Shhhhhhh Don’t tell him. Originally from the not so windy city of Princenton, IL. Please do not mistake her awesome customer service skills as her invitation to be her friend! You might have Siri on your phone but we have Sandy in our office! Bill is also known as the Godfather. Originally from the Windy City Of Chicago. Bill is the smartest businessman you will ever have the chance of talking to. If he’s not rooting on the Bears or the Cubs, he’s giving the best possible prices on promotional products! 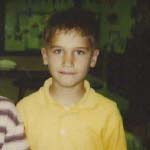 Newest Member to the OP Team Mr. Ben Anderson. Lover of Cats and Snappy Blazers. When he is not rocking a stage near you he can be found doing one of his favorite past time activities, underwater basket weaving.